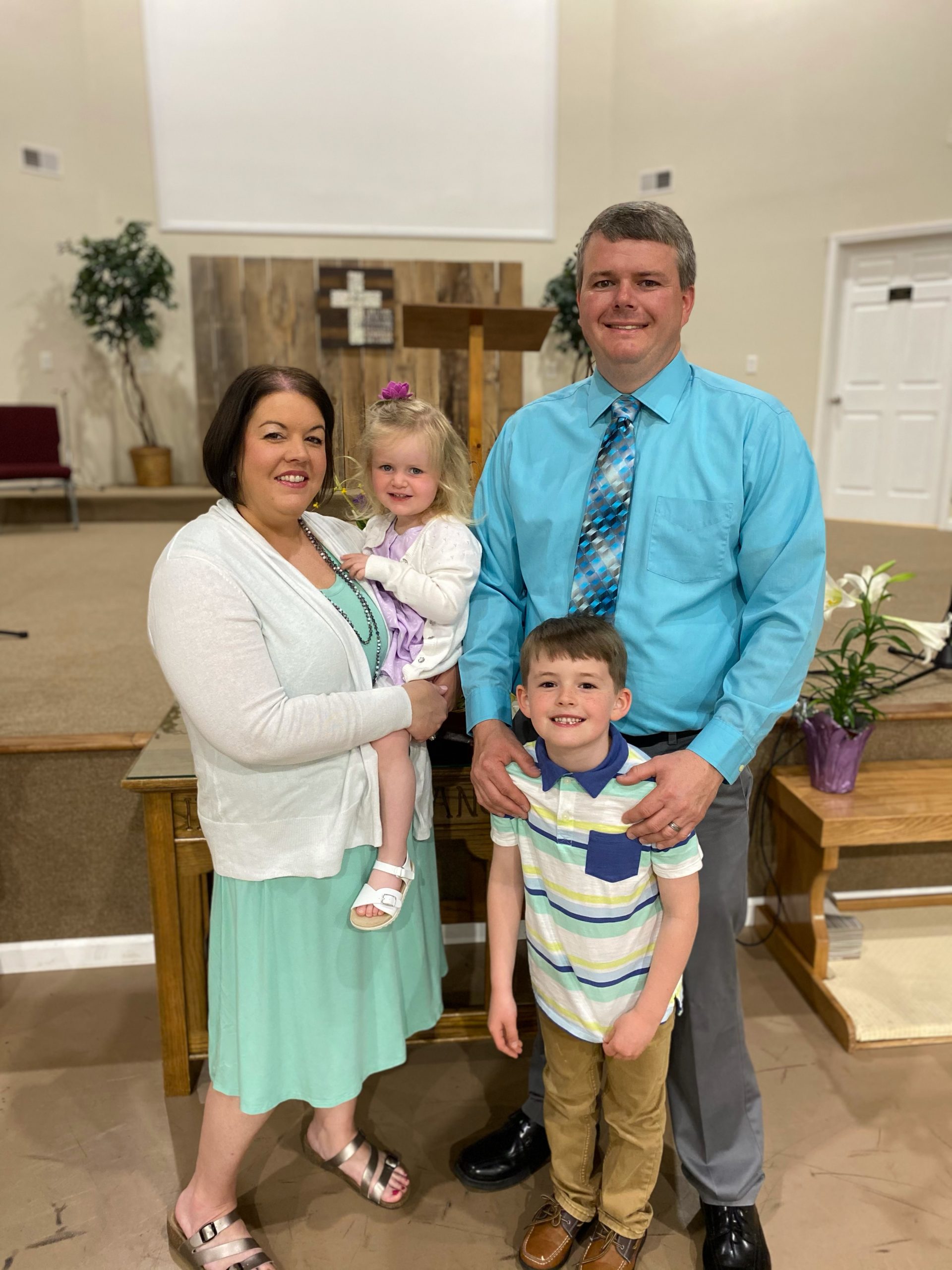 Pastor Justin has been a faithful Nazarene his whole life.  You could say he was born in the church! He grew up in Savannah, TN and was dedicated, saved, baptized, and sanctified at the Savannah Church of the Nazarene. In 2000, Justin went to ITT Technical Institute to study drafting, and graduated in 2002 with an Associate’s degree in Computer Aided Drafting and Design. While attending ITT Tech. Justin volunteered as a youth worker at Bethel Church of the Nazarene in Nashville and was called into ministry.  After graduating from ITT Tech, Justin moved back to Savannah for a few years and attended a community college before transferring to Trevecca Nazarene University in 2005 to pursue a Bachelor’s degree in Religion, graduating in 2008. While at Trevecca, Justin continued to serve as a volunteer at Bethel Nazarene, and eventually was hired as their Youth Pastor in 2007. While at Trevecca, Justin pursued ordination in the Church of the Nazarene and was ordained as an Elder in 2011. He served Bethel Nazarene until 2012, when he was called by Nashville Grace Church of the Nazarene to be their Youth Pastor. In early 2017, Justin was called by Griffin’s Chapel to be their lead Pastor.

Justin was married to his beautiful wife Candice in 2009, after a long seven-year courtship. They have two beautiful children: Riley and Sophie. In addition to being a mom, Candice is also a nurse, and the best Pastor’s spouse you could ever ask for. She serves as worship leader on Sundays and helps wherever is needed.  In her spare time, she loves to make jewelry, do craft projects, and reading.  Justin loves TN Volunteers football, hunting, and classic cars.